Thou Doth Protest Too Much: The Silent Night, Deadly Night Controversy

Picture this: the year is 1984 and you are an impressionable youth watching an episode of Three’s Company or Little House on the Prairie when during a commercial break this comes on the TV:

Obviously after this there was no going back. Your childhood was over, years of therapy ensued, and Christmas – that most beloved of holidays – would never be the same again.

Or not. More than likely what really happened was that it freaked you out for about 10 minutes then you moved on with your life – there were Lego to be stacked and Transformers weren’t going to transform themselves so play would resume as usual. Your parents on the other hand…well that’s a different story.

Silent Night, Deadly Night was a low budget horror-slasher film that had a limited release in November alongside the original Nightmare On Elm Street. It had a pretty decent opening, made its money back, and was set to simply fade away into obscurity the way many of the other slasher films in the 1980s did. Well, it would have – except for that commercial.

The children, I must emphasize, were fine. Believe me I was a children at the time. Well, more of a teen if I’m honest and old enough to know that there was no Santa (um…spoilers I guess?) but I knew children at the time and was closer to their sensibilities then some of my elders and I can tell you – the Silent Night, Deadly Night ad campaign did not damage our fragile little psyches. Parents went ape-shit crazy though.

There were segments denouncing the movie on Donahue, and Entertainment Tonight. Siskel and Ebert panned the film with Gene Siskel going so far as to call out the filmmakers by name and telling them, “Shame on you!” and calling the profit they made blood money. (That’s some objective film criticism right there.) And critic Leonard Maltin called the movie a “worthless splatter film” and went on to say, “What’s next? The Easter Bunny as a child molester?” No doubt prompting many a low budget horror producer to scratch a chin and think, Easter Bunny film you say, hmmmm?

One of the loudest protester groups was the Milwaukee-based Citizens Against Movie Madness. This group made TV appearances, gave newspaper and radio interviews, and protested theaters. And they did in fact have an impact. The studio that released the film Tristar and its parent company Columbia (which in turn was owned by CBS, HBO, and Coke) got spooked. So after its limited release run Silent Night, Deadly Night was pulled from theaters. Citizens Against Movie Madness and many other PTA groups claimed a victory for morality and all was well with the world.

Except of course that’s not the whole story. You see in its very limited run and due to the controversy itself the movie would make over four million dollars. In 1984 that was huge, especially for a low budget slasher flick. Not only that but the film would go on to become a cult classic making a bundle on home video, spawning 4 sequels and a reboot, and in 1987 would be re-released in an uncut version using the controversy and negative quotes about the movie in its marketing campaign. So, that happened. 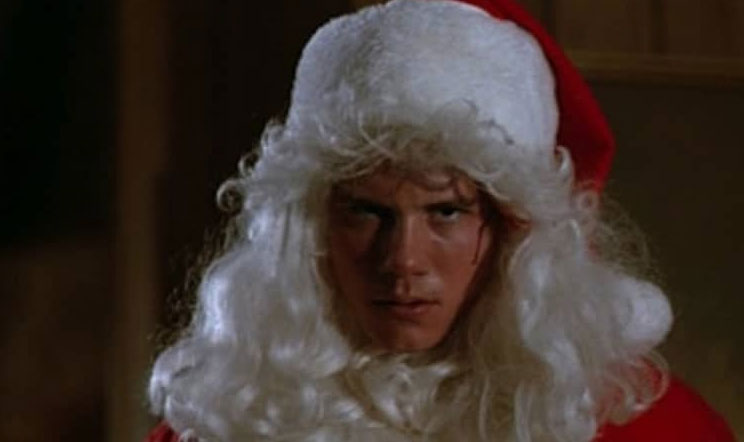 What’s It All About?

The movie is about Billy who as a child saw his parents murdered by a killer dressed as Santa. He is then sent to Catholic orphanage and is traumatized further by a sadistic Mother Superior. As a grownup Billy gets a job at a toy store when one Christmas season the store Santa gets sick and he is coerced into dressing as the very thing that he has come to despise. And when he witnesses a terrible act Billy snaps and decides to kill anyone who is naughty (that is anyone who has been mean to him). In the end he is gunned down by cops and tells some nearby children that everything is okay now, Santa is dead.

To be honest the movie is a bit crap. There are those that have praised the movie as a classic (like Quentin Tarantino and Robert Rodriguez for instance) and as one of the best horror films ever made. Frankly I don’t see it. Its cheap looking, poorly acted, and just kind of a dud in my opinion.

I will give it props for doing one thing interesting however. Whereas most 80s slasher films (actually slasher films in general) tend to follow the victims, Silent Night, Deadly Night instead follows the killer. Billy is given a tragic backstory and his murderous rampage is fueled by psychological trauma including punishment being reinforced by the nuns as holy and good. This setup is compelling. And in competent hands this could have been an intriguing dive into the mind of a killer. Unfortunately the depictions are cartoonish and Billy as an adult is just bland and has no personality. Because of this we have no sympathy for him. So while I acknowledge that the movie is trying to do something different the execution is just boring.

And it should be noted that Silent Night, Deadly Night was not the first killer Santa movie. There were at least three previous that I could find. A Tales from the Crypt episode: “…And All Through the House” in 1972 starring Joan Collins, To All a Goodnight from 1980 and Christmas Evil later that same year. Also there were other Christmas themed horror movies like Black Christmas from 1974 and Silent Night Bloody Night from 1972. And none of those films received any backlash from their release so why did Silent Night, Deadly Night? 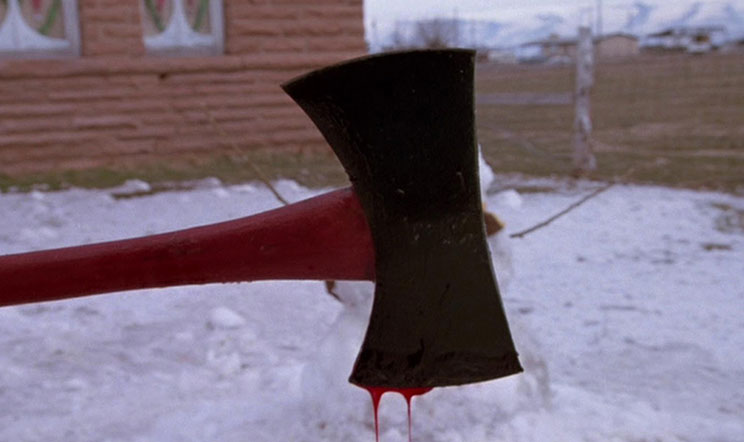 To put it simply: the television commercial. It was a bad idea to run ads specifically aimed at an adult audience during family programming. And to be fair once this was pointed out the ads were removed or moved to a later time. And that is where it should have ended. But this was smack dab in the middle of the Regan 80s and moral outrage was the thing to do.

This was an era of economic instability, fear of war and terrorism, and a deep distrust of government. Politicians offered platitudes and slogans and made references to bygone eras of wholesomeness that never really existed in order to placate the masses. And the general public looked for something – anything – they could latch on to blame for the cause of their fear and anxiety.  And a movie that besmirched the sanctity of the most revered holiday on the calendar fit that bill to a tee.

There were two ways to approach this situation. 1) To look at this misplaced ad and acknowledge the mistake made but to take the opportunity to talk to the kids affected and to each other about why it upset us or 2) simply scream to the heavens with hate and vitriol to silence the pounding desperation in our minds for just a brief and fleeting moment.

For weeks at the end of 1984 there were magazine articles, newspaper op-eds, impassioned speeches, editorials, interviews with concerned parents and renowned experts, picket lines, and enraged conversations.

And the result was neither a win nor a loss. Yes, the film was removed from theaters. But in the end it made more money than it probably should have and gained a following that it does not deserve.

So what is the lesson learned here? What do we take away from this incident of outrage over a piece of pop culture entertainment? The truth is, I don’t know. I guess it all comes down to what side you align yourself to, of which group you want to be a part. That is deeply unsatisfying I know. I would love to pontificate on the need for rational discourse and how we all learned something back then. But the fact is we didn’t. We just moved on to the next great outrage, and the next, and the one after that.

And now with the Christmas season upon us once again I’d love to say this sort of thing doesn’t happen anymore. But instead I hope for better things to come, while bracing for the next inevitable meltdown over an inconsequential and ultimately meaningless thing.