I have recently finished a reading run on Animal Man and it got me thinking about other characters with the ability to transform into different animals.

This is unfortunate. Really I should be spending my off-hours thinking about the plot of my next novel or devising ways to become financially secure or contemplating ways to promote world peace. Alas, I spend it in pursuit of obscure trivia and making lists. Such is my life.

Now Animal Man does not actually change into different animals but rather simply appropriates the ability of an animal he is in close proximity to. This is not as lame as it sounds, but neither is it as cool as actually changing into an animal. There are those who can of course and I have made a list of my top 5 favorites.

Keep in mind that I have only included those characters who can change into multiple animals not simply one or a shape. So there will be no werewolves or Animorphs or such like on the list.

Okay, arbitrary geek rules in place I give you… 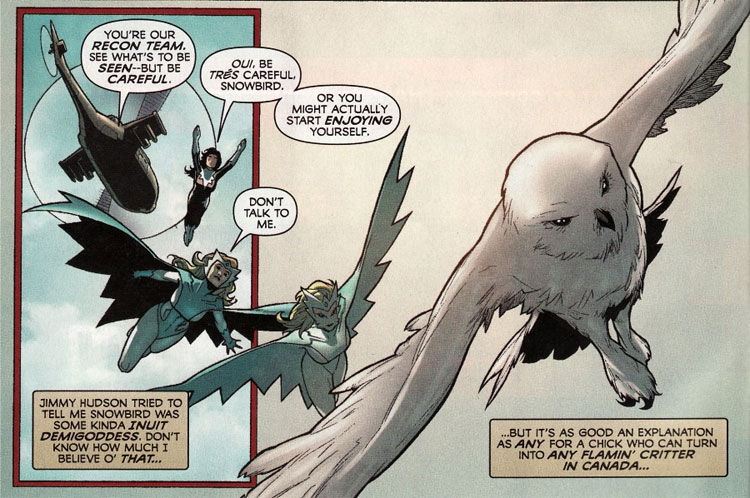 Snowbird is a member of Alpha-Flight which is the Canadian version of the X-Men. Or maybe they are more like the Canadian Avengers. Or maybe both analogies are inaccurate (if only there was someone on the Internet to tell me I’m wrong).

Snowbird has the ability to change into a pale white version of any creature native to the Canadian arctic. If this seems like a very specific ability, it is. Regional-based superpowers are rare. It makes more sense when you consider that she is the descendant of a race of super-humans that were worshiped as gods by the Canadian Native Americans who have been trapped behind a mystical barrier in another dimension by the evil spirit Tundra. And by “make more sense” I mean “really confusing so just go with it.”

The form she often takes is a snow owl, which is cool I guess. But she has also become a wolf, a rabbit, a sperm whale, and a swam of mosquitoes. Seriously, mosquitoes. Who else has the ability to ruin a super-villain’s camping trip or picnic? She has also turned into a wolverine and torn someone to shreds. So yeah, don’t mess with Snowbird. 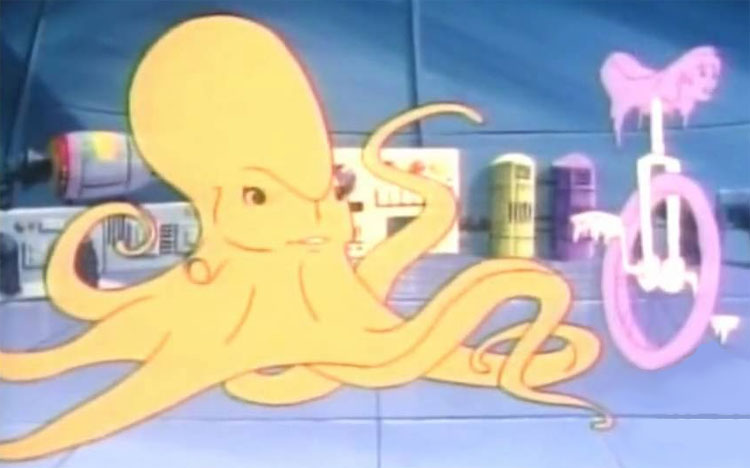 Jayna is one-half of the super-powered brother/sister team The Wonder Twins. They are aliens who crash-landed on earth along with an intensely annoying space-monkey Gleek and immediately joined the Super Friends. The Super Friends are of course Chandler, Monica, Ross, Joey, and Phebe; they live in New York and solve coffee shop-based crimes.  No, that’s not right. The Super Friends are really the Justice League with a stupid name.

When Jayna and her brother Zan touch their rings together and spout a catchphrase they gain morphing abilities. Jayna can assume the ” shape of” any animal she wishes and gain that animal’s power and abilities. Zan can become the “form of” anything water. Which is…interesting. coughlamecough

Although not directly stated I believe that their abilities are somehow powered by comedy. See the image above and ask yourself, how can this be helpful?

Fun Activity: attempt to come up with a scenario where a giant land-based octopus and a unicycle made of ice make any sense whatsoever. Go on, I dare you. 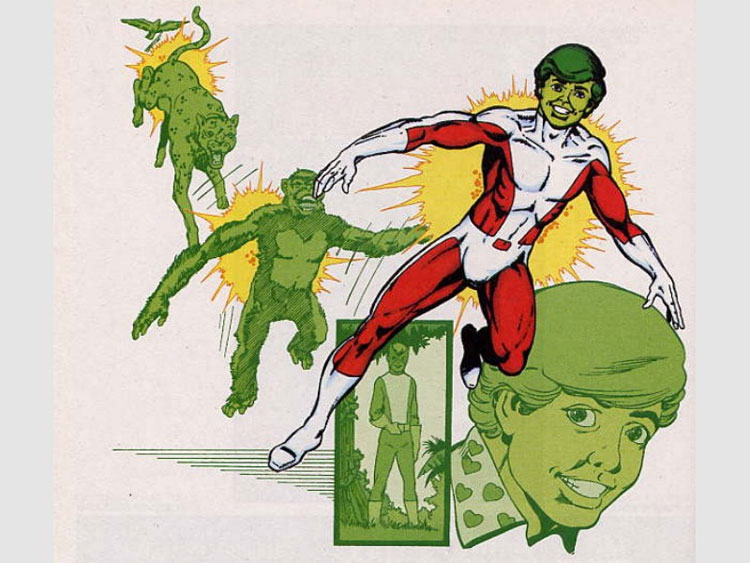 Beast Boy is really Garfield Logan and has the ability to change into any animal he’s ever seen or read about including fictional and mythological creatures. Albeit a green version of them. This begs the question of why Garfield never became Garfield; a fat, green cat eating lasagne and hates Mondays. This needs to happen.

As a child, Garfield contracted a rare disease but was cured by an experimental serum that turned him green and gave him morphing powers. As happens, I mean just look at the side-effects of Viagra and you know all kinds of stuff can happen.

Not long after this he was kidnapped and forced into a life of crime before he was redeemed and made a Teen Titan. Note: I just condensed about 30 years of comics into one sentence, I may have missed something or left some details out.

Bottom line, he’s green and can become green animals. And he should become Garfield the cat just once.

Every year in late summer TVGuide would put out an issue that would describe in detail every new series starting in the fall. In 1983 I distinctly remember reading about a new show, Manimal, that was about a scientist that could change into multiple animals and helped detectives solve crimes. I could not conceive of any reason this could be bad.

Manimal ran for eight episodes and defied all my expectations. It was not only bad, but it was also ridiculously bad. But I watched it, every episode, and every week I thought to myself, It has to get better…it’s a detective that changes into animals, it has to be good! Manimal was canceled before Christmas. I still can’t believe it wasn’t good.

Fun Facts: Simon MacCorkindale is the poor man’s Michael York and the sound of a panther screeching was heard on average 112 times per episode. 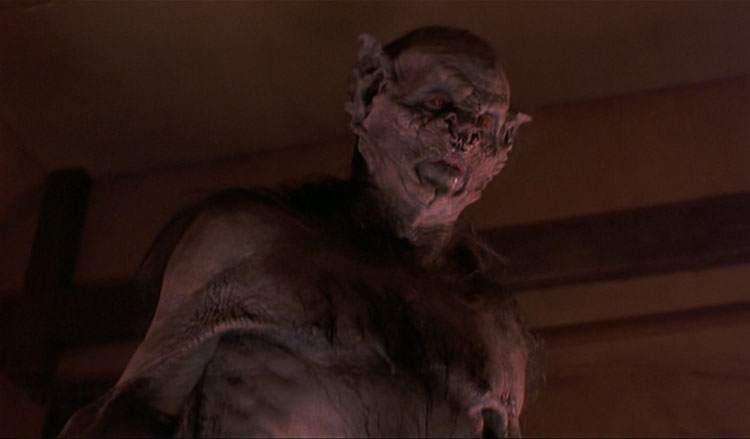 Yes, Dracula. Prince of Darkness, King of Vampires, former impaler, and creature of the night. Also, a bad-ass shape-shifter.

Now we all know Drac can become a bat, that goes without saying. But did you know he could assume other shapes as well?

In Bram Stoker’s novel, he can become a dog and a wolf (he can also turn into the fog, which I think is a mist opportunity. I’ll be here all week). In Coppola’s film, he can become a swam of rats. In other versions, he can turn into various carrion birds and spiders. Basically, if it’s creepy, Drac can become it.

So let’s recap: famous, save, debonair, power to hypnotize, controls the weather, immortal, seduces all the ladies, and has multiple shape-shifting forms.

So that’s the 5 best. Agree? Disagree? Did I miss any really good ones? Let me know in the comments.