I have been crazy busy recently so this post covers two weeks of reading. But to be fair in addition to two full collected editions of comics and 5 individual issues there is also a full novel. A short novel granted, but have you ever read Kerouac? There’s a lot to take in I tell ya. Anyway, I guess I’m being unnecessarily defensive but I have felt like I haven’t been reading enough lately so that’s more about me than you. Sorry. Dharma Bums was not the first Kerouac book I ever read (that distinction would be On the Road because of course, it is) but it is the one that stuck with me the most. The reason for that is that in addition to being a lyrical and poetic stream-of-consciousness story that extolls the ideas of personal freedom and living life without boundaries, it also has many, many references to Buddhism. Now, as an impressionable 15-year-old with burgeoning pseudo-hippie tendencies and a penchant for bohemian lifestyles, Buddhism intrigued me. It seemed mysterious and strange. And this is the book that led me to want to learn more about it.

And since I’m on a bit of a deep dive into Buddhist philosophy of late I decided to revisit this old classic to see if it still holds up to my long-ago memory of it.

Reading it again after so many years the book takes on an entirely new perspective. It is still lyrical and poetic, yes, but the mystery is not mysterious anymore. I have learned much over the years and the references (most of which anyway) I understand and I can put my own knowledge and experience onto the story and the characters. Their conversations about the various sutras, and comparing Zen to jazz, and all the other tidbits of dharma that Kerouac was dropping no longer seem strange, but rather familiar concepts that add a new dimension to the travels and tribulations of the characters.

The novel also brings back waves of nostalgia that wash over me like a Charlie Parker solo that rattles my old bones and makes me long for the whistle of the train and the rumble of the road, the smell of stale beer and cigarettes, eating hot dogs cooked on an open fire with a switch pulled from an old pine in the woods near the ocean with a girl I hardly know, we met at the truck stop a ways back on Route 1, I think her name is Sally or maybe Sue, but she dances like a whirlwind in the moonlight on the beach and makes me dream of all the things I could be, but never will be… 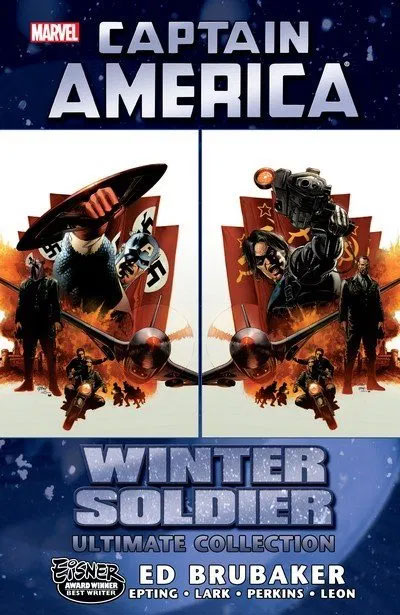 You might not know this about me but I am a huge fan of Captain America. I know shocker, right? Well, with that in mind I can say wholeheartedly that Ed Brubaker’s run on the title is one of the best in the history of the comic. And the Winter Soldier storyline is a pinnacle of the character’s history. Seriously, it’s brilliant. Now, I’m not going to go deep into the reasons why here because this will be an upcoming episode of The Collected Edition, but suffice to say Brubaker’s run brings an espionage, political thriller vibe to the book and Winter Soldier, in particular, is one of the best (maybe the best?) use of retcon storytelling ever in comics. It is a great story from a great writer with great art about a great character. ‘Nuff said. 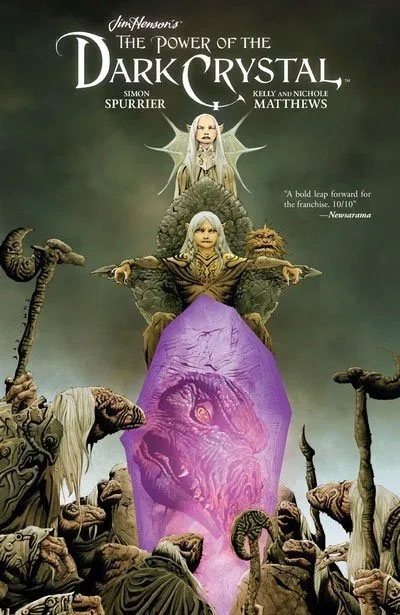 The Power of the Dark Crystal Vol.1 by Sy Spurrier & Kelly and Nichole Matthews

The Dark Crystal is one of those franchises that I have a long and enduring love for. The original movie was something that I adored as a kid and was a source of inspiration for me (as a young person I drew pictures of the characters and made up my own fan fiction, seriously, I liked this a lot). And so over the years, I’ve kept up with the various media – comics, stories, the revived series – and I can say that the output has been of varying quality has been mixed but overall good – including this comic. The Power of the Dark Crystal takes place after the events of the movie where a cult of the crystal has emerged. A religion controlled by the Gelflings and used as a way to control the populace and hold onto power. Of course in order for there to be a Dark Crystal story the crystal needs to be shattered again so that Skeksis can come back, which happens and they do. All this could be heavy-handed and cliched but Spurrier is a good writer and handles this well and it all seems natural and not forced. This is the first volume and mostly sets up the world, introduces new characters, and basically does all the heavy lifting so that the drama can unfold. All nicely done and surpasses my fan-fic by leaps and bounds. 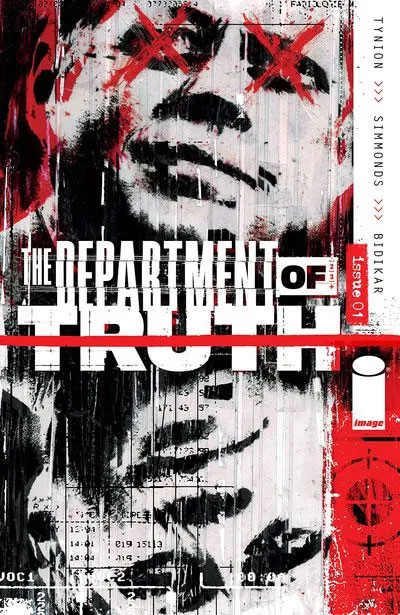 Holy cow, this is good comics! It’s X-Files for the 21st century (or maybe I should say X-Files in the 21st century done well?). The premise is that reality can be changed if enough people believe in it so that if enough people believe in a conspiracy theory it becomes reality. The Department of Truth – led by Lee Harvey Oswald – is assigned to make sure the “real” reality remains real while a shadowy cabal sets out to make their versions of reality real. It is a deep dive into paranoia and horror with art that is creepy and unnerving. I have for a little while now been a fan of James Tynion’s horror comics (check out Something is Killing the Children, really good) and he is cementing himself as one of the best in the genre (yes, his superhero stuff is good too, but I prefer the horror). And Martin Simmonds scratchy art is a perfect companion to the story making everything seem off and menacing. This is an ongoing so the plot is still thickening, as they say, I am looking forward to how this continues.