When I was in high school I was a hippie. Not a real hippie, this was the 80s, real hippies didn’t exist anymore. No, I was a pseudo-hippie, a neo-hippie, a wannabe-hippie. I wore tie-dyed t-shirts and went to Grateful Dead shows, I smoked pot and played hacky-sack, I read the beat poets and Timothy Leary, and I prayed to San Francisco like it was Mecca. And I loved psychedelic art.

Peter Max, R. Crumb, Salvador Dali – surreal, trippy, colorful art adorned my walls, notebooks, and school locker. But the one artist that took the most prominent place and garnered the most attention from me was the patron saint of hippies everywhere, M.C. Escher.

Now, M.C. Escher wasn’t technically a psychedelic artist (to be honest none of the artists I mentioned are) but his intricate patterns, perspective-bending, and physics-defying images fit right in with the underlying aesthetic of hippiedom. Because if you strip away all the trappings of being a hippie – the tie-dyes, the drugs, the long guitar jams – you get to the heart of what the movement was going for, a desire to find something more to life than the rigid structure that society allowed; the need to bend or break the rules in order to find a something different, something unique, something magical. And M.C. Escher’s art visually expressed that idea by warping objects and twisting space, blending rigid patterns into organic shapes, and morphing reality into unreal landscapes. It was some trippy shit that rewarded examination and contemplation.

So it may come as a surprise that my favorite of all of Escher’s work is not a reality-warping, psychedelic mind-bender, but rather a simple picture of a puddle.

“We do not know space. We do not see it, we do not hear it, we do not feel it. We are standing in the middle of it, we ourselves are part of it, but we know nothing about it.” ― M.C. Escher 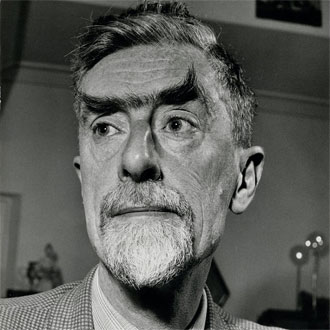 M.C. Escher created Puddle in 1952. It is a woodcut that depicts a simple scene – a puddle in the middle of an unpaved path through the woods. The path is muddy, you can see footprints heading in both directions and the tracks of bicycle tires and a vehicle pressed deep in the soaked dirt, and the puddle itself reflects the cloudless sky above with a full moon rising. It is twilight. It shows us two scenes at once, the calm of the heavens and the hustle and toil of the earth. It is a snapshot in time rendered in realistic detail.

Escher created this image late in his life when he was a master of his craft. It was at a time when he was focused not on the mathematical intricacies of his earlier work and instead focused on capturing the landscapes and beauty of his home in Italy while at the same time adding more fantastic elements. And while he would continue creating his strange geometries and tessellations his “Italian Portfolio” was a collection of realistic images with an otherworldly feel.

So Puddle is a simple scene, an example of a detail we see in our lives every day, something we walk past and overlook without notice. In capturing this Escher is showing us the beauty in ordinary life. The path literally trodden beneath our feet reflects a beautiful sky above. Yet we neither look down nor look up. We miss them both in our relentless march forward. This would be enough to make this piece exceptional, but there is more to this than that. The puddle itself is depicted as smooth, like a mirror perhaps, its image of the sky unbroken and clear while the dirt and mud around it are rough and chalky. The reflection is so clear, so perfect, that it gives the impression that maybe it is not a reflection at all. Maybe it is a hole, an opening to another place.

I had a print of Puddle when I was in high school thumbtacked over my small desk in my bedroom. And when I sat at the desk pretending to do my homework I would stare at the print. I could step right through that, I would think. I could squeeze through that hole in the forest floor and be transported to an enchanted place, a magical land in forever twilight. And that picture became something more to me than a simple puddle on a path after the rain. It became a portal to another world. It was the wardrobe to Narnia, the bridge to Terabithia, the rabbit hole to Wonderland, the tornado to OZ. It was the possibility of something wondrous in the ordinary, it was the dream that I could step through to magic. It was a reminder that we are more than the constraints and limitations we impose upon ourselves. We are imagination. And life is beautiful.

Perhaps that wasn’t M.C. Escher’s intent. But art is interpreted by the viewer after all.

It has been a long time since I would call myself a hippie, even a wannabe one. I no longer wear tie-dyes, the Grateful Dead are gone, I haven’t played hacky-sack in decades, and I don’t smoke pot. But the ideas – the ideals – which led me to do those things so long ago in those formative days remain. I still like long guitar jams and rambling stream-of-consciousness poetry. I still believe we are here to help one another and that we can and should live collectively with empathy and kindness. I still think there is magic to be found in the world.

There are times when I forget these things, times when I get discouraged and cynical. But then I look down and see the moon reflected in a puddle after the rain…

Life Thru Art is an ongoing feature where I talk about famous and infamous works of art that have inspired me, changed me, and taught me how to see the world differently over time. Art makes life better. A better life is a form of art.