In the 1970s cartoons from Japan were a relatively rare thing. It may hard to believe in this era of streaming services, internet access and a multitude of channels that anime options were few and far between in the US, but it’s true I tell ya! In fact I’m guessing that most of the people at the time never knew of or even heard the term anime as a way to describe Japanese animation till much later in life. Personally I didn’t hear the term used till I was in college where I had a roommate who was big into anime at a time when its popularity and availability was beginning to rise. No, in the 1970s most people only knew of anime by its common name at the time: those weird cartoons from Japan.

And they were weird – in a good way – but still weird. The Japanese imports were much, much different from what we were used to in the US. And what we were used to was either Disney style animation from the movies or Hanna-Barbara style cartoons from Saturday morning TV. And it is with the Hanna-Barbara style where you saw the biggest contrast. Cartoons in the 70s were very basic. They were notorious for often reusing backgrounds and character animation over and over, often within the same scene, making it seem like the characters were in a sort of loop. This was a cost saving device that allowed companies like Hanna-Barbara to produce multiple episodes for a relatively small amount of money (I’m using Hanna-Barbara as an example because they were the most prominent studio at the time but to be fair every animation studio creating kids cartoons at the time were doing this sort of thing). And because of these cost-cutting techniques they were usually flat with little movement almost like they were just moving cut-outs around on the screen. And in some cases that is actually what they were doing. I’m looking at you Marvel.

Now the Japanese cartoons were employing some of the same cost saving techniques as well but with some interesting tricks. For instance when there was tension or action needed the characters might stay stationary while the background would whirl and twist giving the scene a kinetic energy and a feeling of hyper-real movement. This was a vast improvement on Fred Flintstone simply running past the same table and potted plant multiple times.

Also, characters and objects would turn and twist in very dramatic ways. That is to say they would not be individually animated but rather the “camera” would rotate around them to highlight dynamic angles giving the appearance of sharp movement and often playing with perspective in unexpected ways.

These differences were subtle but made a huge impact when watching them. It made these cartoons stand out, not just in design – and anime has a distinct aesthetic that is quite different from western animation – but also in how we perceived them. This wasn’t just Scooby Doo running from left to right on your screen, these were characters twisting and turning in space giving you a feeling of three-dimensionality while still looking like a two-dimensional plane. Japanese animation was different, and yes it was weird, but weird and different in a way that kids like me said, “Yes please, more of that thank you.”

Although it would be a decade before anime became mainstream (or at least popular enough be taken seriously by networks and – perhaps more importantly – toy companies) it was these first imports that laid the groundwork for more interest to be taken and a fan base to grow. Now there were several cartoons from the 70s I could mention but I have listed below only my three favorites. They are the ones I remember the most and the ones that had the biggest impact on me at the time.

Also, It should be noted that two of the three cartoons I will be talking about are not technically from the 70s and so not technically 70s nostalgia. These shows were in fact created and originally aired in Japan in the 1960s. But since I was not living in Japan in the 1960s – or even alive for that matter – I did not actually see these shows until well into the 1970s when they were in syndication here in the US. So for me they are 70s nostalgia – from a certain point of view that is.

So without further ado here are my three favorite Japanese cartoons from the 70s: 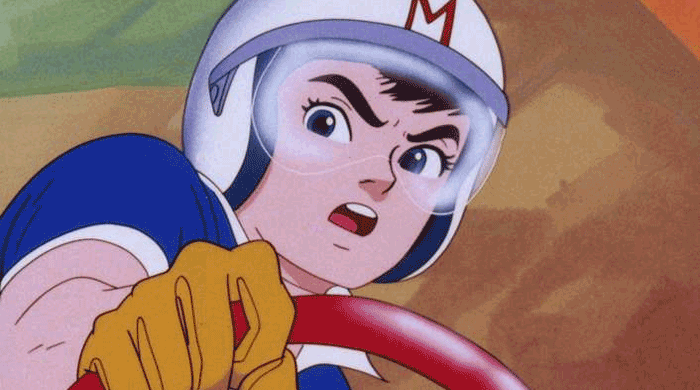 This one is probably an obvious choice. Speed Racer has remained popular up till the present day and had a live-action (underrated, in my mind) movie adaptation by the Wachowskis, so choosing this seems a no-brainer. But this was a really different cartoon for a kid in the 70s.

Originally called Mach GoGoGo (kinda wish it was still called that actually) it ran in Japan from 1967 to 1968. It centered around the Racer family (actual surname) and in particular the second oldest in the family, Speed (actual given name), as he competed in racing competitions in his powerful Mach5 – a sweet race car with Bond-esque functions and gadgets . As he competed in – if I’m honest really dangerous and frankly lethal – races Speed was supported by his family; Pops, Mom, brother Spritle and his pet chimp Chim-Chim (Because everything is better with a pet chimp), his girlfriend(?) Trixie and occasionally the mysterious Racer X who (spoiler) turns out to be Speed’s long lost older brother. And of course high jinx ensue – at high spped.

Speed Racer was a strange mix of sporting event, spy story, and mystery with a dash of romance and slapstick comedy thrown in for good measure. It was a frantic whirlwind of a cartoon with crazy action and high speed dialog (at least in the Americanized version). And it was violent. People died. Like properly died – in explosions and stuff. Sure it was edited and sanitized for American audiences but still there was no hiding the fact that there was some serious shit going down. But aside from that the characters were fun and you cared about what they were doing. Sure, it was goofy as hell but you had a ball watching it. It felt exciting, it felt dangerous, it felt new. And it had a theme song that sticks in your head for – well – decades really.

There is a reason this show is still fondly remembered.

This is a show that most people – other than old farts like myself – won’t remember. It centers around Marine Boy (pretty sure that’s all anyone ever calls him) who is about 15 years old and is a member of Ocean Patrol (sort of an underwater police force). Marine Boy is kinda like a teenage superhero and is able to breathe underwater by chewing “oxy-gum” a type of chewing gum that provides oxygen (seriously). He also wears a whistle ring that can summon a dolphin.

Marine Boy also had a mermaid girlfriend, Neptunia, who is topless but whose hair falls very conveniently in front of her at all times. Also, now that I am writing this I realize that if marine Boy is 15 than Neptuna must be about the same age so…yeah…that makes this just a bit more creepy than I originally thought. Moving on quickly.

Marine Boy travels about in a patrol submarine with his partners Bolton and Piper (think Laurel and Hardy) as they protect the ocean from a rather surprising amount of supervillains bent of destroying the undersea world, or world domination using the ocean, or…let’s face it, it really doesn’t matter – just picture underwater bad guy with underwater plan that involves robots and sharks (and possibly robot sharks).

Marine Boy is silly and goofy and makes no sense. But as a kid I thought it was awesome. It was like a cool version of Aquaman (yeah, I said it).

Also, there is a running gag where Bolton tells Piper to “pipe down Piper!” whenever he talks too much. Well, I have an older brother who to this day still tells me to “pipe down Piper!” when I make a point he disagrees with. This is neither a plus nor a minus for this show; I just mention it as a way to describe how obscure pop-culture references tend to stick with you for a long, long time. 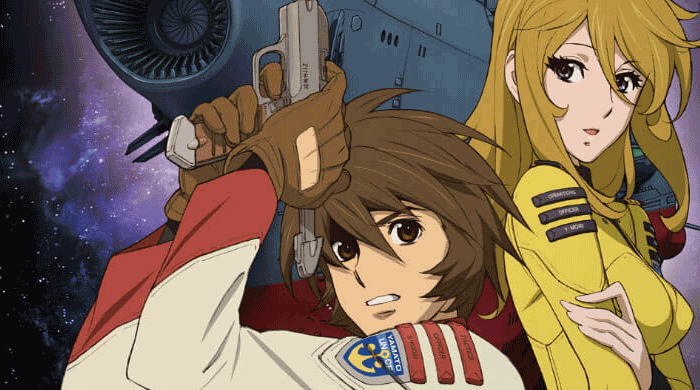 This was a great show.

This was the first cartoon that I could remember being truly serialized. That is it had an ongoing story that built the previous episodes and told a continuous story. Sure, other cartoons maybe had a central villain or an overarching story told through a season, but mostly those other shows were one-off episodes and if you missed one it didn’t matter in the long run.

But Star Blazers was a space opera. Usually at this time cartoons, and TV in general for that matter, tended to be one and done episodes. You could pick up anywhere, with any episode and not miss anything. But Star Blazers was one of those rare shows that had an ongoing storyline and you need to watch them in order to follow the plot. It would play in the afternoons just after school ended so I would rush home so to not miss it.

The show was an Americanized version of the Japanese program Space Battleship Yamato. In the future Earth is attacked by the Gamilons who irradiate the planet and force the population into underground cities (which actually look pretty cool). But Queen Starsha of the planet Iskandar offers a solution to the radiation but they have to travel to Queen Starsha of the planet Iscandar to get it. So a old battleship, the Yamato, is converted to a spaceship and rechristened the Argo, a crew is assembled and set off pursued by Gamilons and battles and drama ensue.

The show had many changes from the Japanese original. In addition to westernizing the names of the characters the violence and sexuality was toned down, the mentions of alcohol use removed (the copious amounts of sake being drunk was called spring water) and more focus on “humorous” scenes added or played up.

Still even with the changes Star Blazers was more adult than the typical fare you’d see on after school lineups. It had death and grief, romance and tragedy. Not to mention it dealt with extinction, the folly of war, and the very Japanese idea of the “noble enemy” giving nuance and depth to the bad guys as well as not shying away from the flaws of the heroes.

The show is just great storytelling and was a joy to watch. I’d put this up with any program of the 70s – live action or animation – as one of the best.

There were many other notable “Japanimation” programs from the 70s that I could mention. I’m sure there are those who think I’m a fool not to include Battle of the Planets in this list (I never really liked that one as a kid) and there are the Rankin Bass specials that had a distinct anime style to them. The important thing to remember is that this style of animation was something novel and new to American audiences and really captured the imagination of kids who were like me and had grown tired of the standardized “traditional” cartoons and wanted something exciting and different. And Japan led the way in “different” with aplomb.

In addition to animation Japan also had some truly amazing live action imports in a particular genre that also captured the imagination of kids in the 70s – namely the giant superhero/robot/monster genre.

And I’ll talk about that next week.