Back when I was in High school I took an art history class where we studied the life and works of artists from the Renaissance to the modern period. I had by this time already fancied myself an artist and had already figured out what was good art and what was not. Modern Art I knew for a fact was certainly not good art.

I should point out that at this time I was also incredibly stupid. Well, perhaps not stupid exactly but rather pretentious in only the way a teenager can be. I had very limited knowledge on a variety of subjects but the overwhelming confidence to think that I knew all there was to know about those subjects. As such I could tell you with absolute authority what was and was not worthy of admiration and praise.

Case in point: the work of Jackson Pollock.

Drips and splatters. A child’s scrawl. A monkey with a paintbrush could do a better painting. This is the sort of thing I would say and scoff at anyone who thought that this mess could possibly be considered art.

Yeah, I was a joy to be around.

Well as time went on my attitude toward Modern Art in general and Jackson Pollock in particular changed. The reason for that is basically I learned more and became less opinionated. That process has not stopped.

As for Jackson Pollock there were two things that changed my opinion of his work dramatically, PBS and the Met.

The year after I graduated High School I watched a documentary on Pollock. In the documentary there was footage filmed on Pollock’s farm/studio of him working. His huge canvases laid out on the ground with the artist, paint can in one hand and a trowel or knife in the other, hunched over stalking the surface spreading the paint with long, wild, sweeping gestures. At one point the film crew set up a plain of glass and had Pollock paint as the camera filmed from beneath, a canvas-eye view as it were. And as a watched him paint I came upon a revelation.  My god, I thought, he’s painting movement.

It was a simple realization, one that any teacher or critic could have explained to you, but something that you can’t really understand until you see it. It was an eureka moment. I get it now, I thought. And with that one moment of clarity and entire world of understanding opened up around me. An appreciation of not only Pollock’s art but modern art in general became clear. I began to see differently.

I cannot fully explain how important this revelation was. Not only did I have a better appreciation for art – abstract expressionism, cubism, pop-art, etc. – but I also realized that what I thought was true and correct was wrong. And not only wrong but that the close-minded opinions I once held were actually holding me back from appreciating and understanding a vast amount of the world around me. The athletics of the world changed when I simply chose to see things more openly. 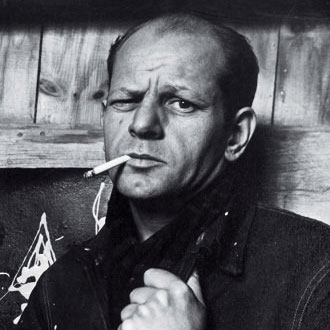 It was not long after this experience that I drove up the coast to New York where I visited the Metropolitan Museum of Art. The Met houses a famous work of Jackson Pollock – Autumn Rhythm (Number 30). This is the painting featured above. It is a swirling mass of black and white and brown. To see this painting in person is impressive. First of all it is huge, roughly 17 feet wide by 8 feet high, and it overpowers you in its immensity. And that sense of movement I witnessed in the documentary was fully made real. As my eyes moved across the canvas pulled from one place to another, lines swirling and pushing my vision from one detail to another, I could feel an energy, a kinetic excitement emanated toward me and across me, and through me.  There is power in this painting.

The thing is had I seen this only a few years prior I may have dismissed this painting as nothing more than an anomaly and had I felt its power I probably would have ignored what I was feeling. I look at Autumn Rhythm (Number 30) as an example of a milestone in my life – a moment when my tastes became a bit more sophisticated, when my mind became more open.

A time when I grew up a little.

Life Thru Art is an ongoing feature where I talk about famous and infamous works of art that have inspired me, changed me, and taught me how to see the world differently over time. Art makes life better. A better life is a form of art.