Hello everyone! This week was nothing but comics. Some ongoings, a new #1, catch-up on a couple of series I fell behind on, and a collected edition for an upcoming edition of the Collected Edition. I was pretty swamped last week with various projects, real work to pay the bills, and attempts at a personal life, so I was squeezing in as much as I could around those commitments. I do have a stack of several non-fiction tomes that I intend to dig into, but this week I wanted to just be entertained with – well, not so much fluff really because there were some pretty heavy themes in some of these titles – but let’s just say light entertainment. Some really good stuff though.

So that’s it for this week. If you want to share what you’re reading or give me suggestions please leave a comment or tweet at me: @DaddyElk 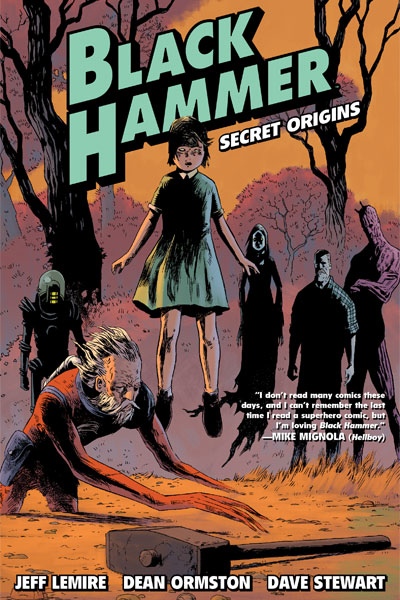 This is the first volume in the Black Hammer saga. I won’t go into too much detail here since we will be covering this at great length on the next episode of the Collected Edition (a comic book podcast hosted by myself and Brian Reese) but the gist is that this is Jeff Lemire’s take on superheroes – super teams in general and the Justice League specifically. It is a loving homage to Golden Age style comics while at the same time weaving a sad and tragic story of family, trauma, and self-realization in a small town. So basically it’s a Jeff Lemire story with capes. Highly recommend. 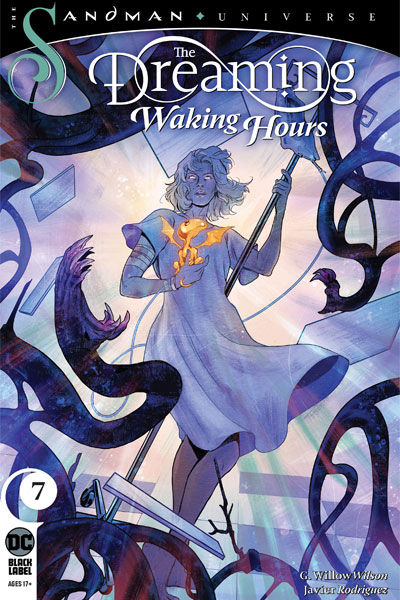 G. Willow Wilson just turns everything she touches into gold. You put her name on it and consider it bought and read. Seriously, I’m a fan. And The Dreaming – Waking Hours is no exception. I thought this series was one of the highlights of 2020 (which had very few highlights) and was able to take what was a pretty mediocre revival of The Dreaming and turn it into something that is compelling, funny, and suitably creepy for the Sandman Universe. One of the few ongoings I’m still keeping up with and reading the day of release. Issue #7 starts a new arc the seeds of which were planted in the previous 6 issues and I’m really looking forward to where it’s going. 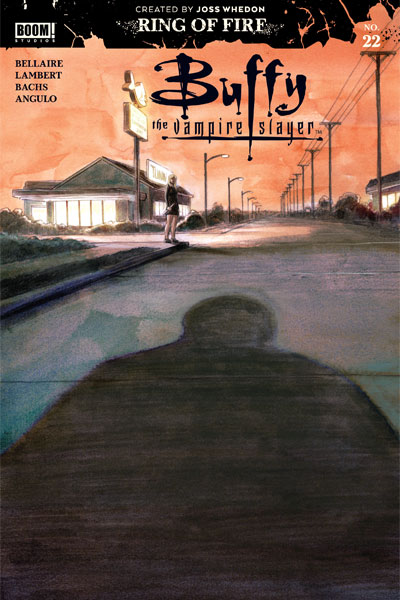 Been doing some catch-up on this one, I fell behind a little with my Buffy reading. Jordie Bellaire’s reboot of the Buffy series has been darn near perfect in my mind. I’ll admit that I’m a soft touch when it comes to Buffy, I tend to like pretty much anything that has a slayer in it. That being said the way that Jordie Bellaire was able to modernize the story –  by using smartphones and social media and whatnot –  while at the same time still capturing the feel of the old TV series – the snappy dialogue, the comradery – is really quite impressive. If I have one criticism it’s that I hope the “Xander is a Vampire” storyline is wrapped up soon. It is bordering on “Oh no! Angelus is evil again!” territory. But that is a small quibble. Overall great series and I hope it runs forever. 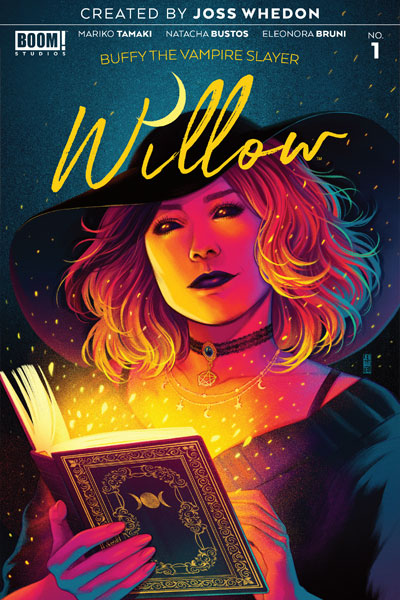 Willow is a 5 issue spinoff series of the Buffy reboot from Boom. It follows Willow Rosenberg as she leaves Sunnydale to recover from personal trauma and attempts to learn more about her burgeoning magical powers. And of course, she immediately stumbles upon a coven of witches that seem too good to be true. It’s a sweet little story that borders on being dark but never really commits to it. The coven is portrayed as ominous and caring simultaneously and I was left a little confused as to what the true motives were. I can guess that this series will play a part in a later story arc in the main series or another crossover event, but as a self-contained story, it is a bit muddled. All that being said it is a fun read and the art is beautiful. Mariko Tamaki captures Willow’s voice nicely (even if she uses “like” a tad too much, but maybe that’s just me) and it sets up nicely for Willow to return to the main series with more power and stronger motivations. Essential if you are keeping up with all things Buffy, but skippable if you are not. 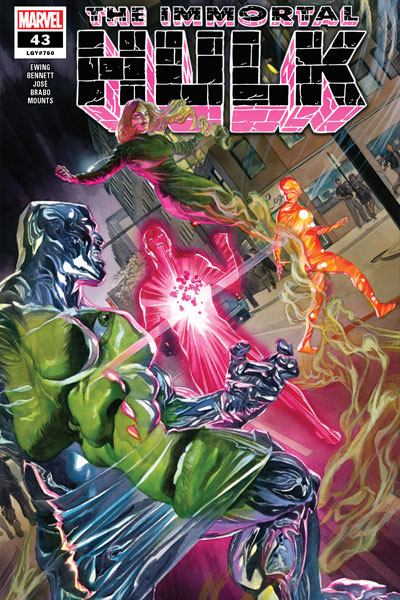 This series is still top-notch. This month we find Joe Fixit in charge of Banner’s body with the child-like Hulk in the background. Joe Fixit has to try to come to terms with being a hero (or rather if he wants to be one at all) while at the same time being tracked by a new super-powered team of Hulk-busters. There was some controversy about some artwork in this issue – which I won’t get into here – but suffice to say that there is some ill-advised imagery that I don’t think was intentional but really a stupid thing to put in your book. It doesn’t take away from the overall story but geez it’s dumb. 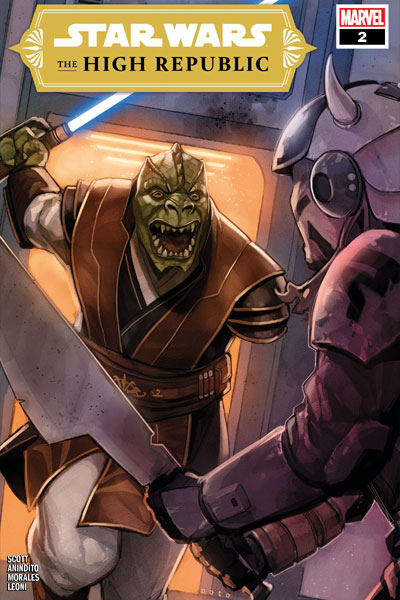 Not much to say about this one other than its fun.  We get to know a little more about the main characters and are introduced to a bit more of the mystery that will drive the series forward. Plus we get a one-armed reptilian Jedi experiencing anger management issues and PTSD – so that’s new. I’m just really liking the newness of the High Republic era. Different Star Wars is still a plus. 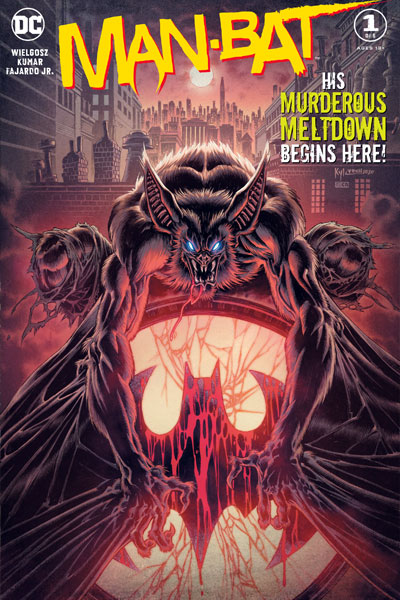 And finally Man-Bat. This is the first issue of a 5-part series about – let’s face it – one of the silliest Bat-Man villains. I’m going to a longer review over on the Collected Edition site but for now, just know Man-Bat is ridiculous. Don’t get me wrong, I love it. The basic idea was to take the name Bat-Man, a man who dresses like a bat and reverse it to Man-Bat, a bat who dresses like a man. That is – as I said – ridiculous. But Man-Bat is one of those Silver/Bronze Age concepts that are so in your face silly it goes full circle and over time has become borderline sublime. All that being said this series seems to be going the route of a redemption story that will most likely turn tragic. It is silly but I’m on board.